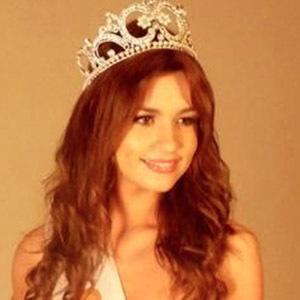 Beauty who won the title of Miss Estonia 2012 and represented her country at the Miss Universe pageant that year. After the pageant, she began guesting on television shows like Pas Mantab and Hitam Putih.

She was originally scouted by the Elite Model Look at age 16. She later moved to Milan, Italy to study at the Istituto Europeo di Design.

She finished in the top ten in the Miss Tourism International and Elite Model Look contests.

She competed against American Olivia Culpo at Miss Universe 2012.

Natalie Korneitsik Is A Member Of