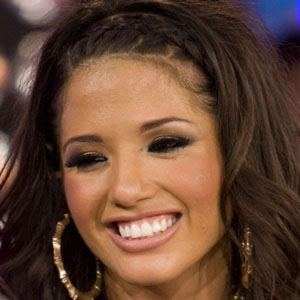 Before joining Girlicious, she trained at California's Millennium Dance Complex and graduated from Diamond Ranch High School. In addition, between 2001 and 2007, she performed with California-based bands called Cherri and Breathe.

Under the band name of the Mejia Sisters, she and her siblings Taylor and Jazzy released a 2014 iTunes single titled "Stray."

Born to a family of Cuban and Mexican heritage, she spent her childhood in Diamond Bar, California. She welcomed her first child, a daughter named Calista Estrella, in May of 2013 with her husband Johnny Roberts.

After ending her association with Girlicious, Mejia was chosen as a member of the new lineup of the affiliated band the Pussycat Dolls; however, Emmalyn Estrada ultimately took her spot in the girl group.

Natalie Mejia Is A Member Of