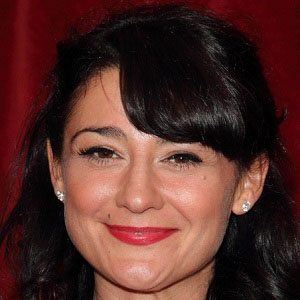 Soap opera actress most well known for her roles on the UK soap operas Emmerdale and Take the High Road. She is also notable for her roles as PC Andrea Dunbar on The Bill and Dr. Jude Carlyle on Doctors.

During her youth, she studied at the Royal Scottish Academy of Music and Drama. She first appeared on-screen at the age of nine, and, at age thirteen, received a BBC Young Entertainer of the Year Award for her work on the show Going Live!

In 2006, she portrayed Gemma Clewes in three episodes of EastEnders.

She and her two older siblings grew up in Glasgow, Scotland.

She appeared with Jean-Claude Van Damme in the 2008 action movie The Shepherd: Border Patrol.

Natalie Robb Is A Member Of