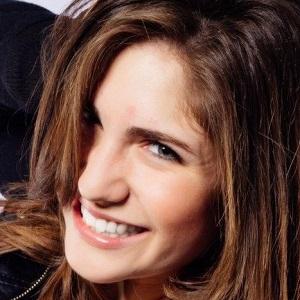 Social media star who rose to fame on Vine, where she amassed more than 490,000 followers. She went on to gain a significant following on Instagram with more than 3.4 million fans. She also became extremely popular for her YouTube channel, which has earned over 2.4 million subscribers.

She attended an acting school called CEA in Televisa.

She ran a YouTube channel called Vine vs Twitter with her ex-boyfriend Ramirito. In 2019, she won a Kids' Choice Award Mexico for Favorite Musical YouTuber.

Her full name is Nathalia Campos Trigos. She has four brothers and three sisters. Her father is songwriter and music producer Kiko Campos. She began dating singer Simon Vargas.

Nath Campos Is A Member Of