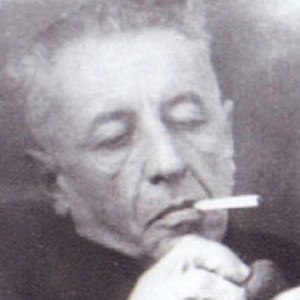 Israeli poet and translator best known for a 1941 poetic masterpiece entitled Joy of the Poor. His other works include Plague Poems and City of the Dove.

He studied agronomy in France and worked in agriculture in Tel Aviv before dedicating himself to poetry and journalism.

He was heavily involved in Socialist Zionist political causes both before and after the formation of the State of Israel.

He was married to Rachel Marcus and had one child.

He and author Abraham Regelson were both recipients of the Bialik Prize for Literature.

Nathan Alterman Is A Member Of