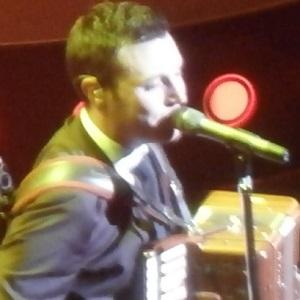 Country singer known for popularizing the fusion genre Country and Irish. He first topped the charts in 2012 with his cover of "Wagon Wheel."

He won the All Ireland Title for Traditional Singing at age ten.

His albums Where I Wanna Be, Beautiful Life, and Stayin' Up All Night all topped the charts in Ireland.

He was born in Liverpool, England and raised with a brother named Jacob.

His song "Wagon Wheel" was originally written by the great Bob Dylan.

Nathan Carter Is A Member Of