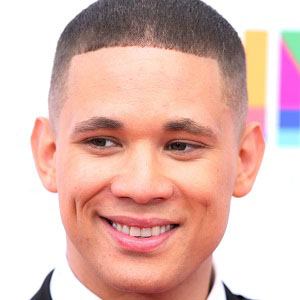 Initially famous as a finalist on the 2012 season of The X Factor Australia, he went on to release the hit singles "You" and "Live Louder," both of which went Platinum and peaked at number four on the ARIA music chart (in 2013 and 2014, respectively).

Before competing on The X Factor, he auditioned for Australian Idol; released a 2008 iTunes single titled "Vertigo"; and worked as a wedding singer and a voice teacher.

He was nominated for World Music, APRA, and ARIA Music Awards in 2014.

He spent his earliest years in South Africa and the bulk of his childhood in Melbourne, Australia. He married model Fujan Erfanian in January of 2015.

Willemse, Dami Im, and several other recording artists collaborated on a 2014 single titled "I Am Australian."

Nathaniel Willemse Is A Member Of