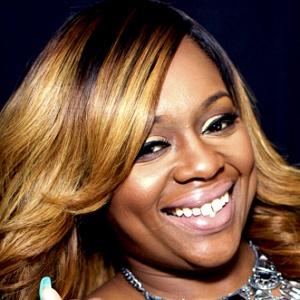 Veteran BET reality television personality also known as Neffe who rejoined the network as a star of the program Keyshia Cole: All In. She previously had her own show on the network called The Frankie and Neffe Show.

She got her start with BET in 2006 when she appeared in Keyshia Cole: The Way It Is with her mother Frankie Lyons, and her sister, platinum-selling R&B singer Keyshia Cole.

She authored the books My Happiness is My Sanity and The Price I Paid.

She and her husband Shelby Lowry have five children together.

In 2017, she appeared on the reality show Iyanla: Fix My Life alongside her husband.

Neffeteria Pugh Is A Member Of