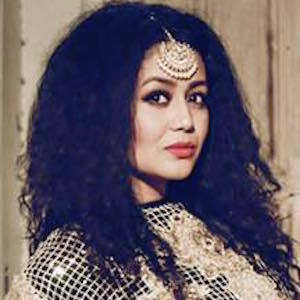 Indian singer known for competing on season 2 of Indian Idol in 2006. She has since launched a successful career as a singer performing live and as a Bollywood playback singer. She has also created a successful YouTube vlogging channel with over 11 million followers.

She was raised in Delhi and attended New Holy Public School when she tried out for Indian Idol in 2006.

Her YouTube channel blew up after she uploaded a video of herself sining a song she wrote and dedicated to Bollywood star Shah Rukh Khan.

Her sister Sonu is a famous playback singer and her brother Tony is a film composer. She tied the knot with singer Rohanpreet Singh on October 24, 2020.

Neha Kakkar Is A Member Of