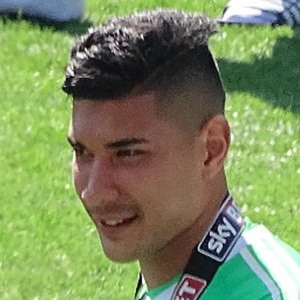 Professional soccer goalkeeper who left Walsall to join the Cardiff City club in 2017. He made history in August 2018 when he became the first ever player of Filipino descent to compete in the Premier League.

He first started playing soccer as a midfielder at age 9 before switching to goalkeeper after a teammate's injury.

He opened the Neil Etheridge Goalkeeping Academy in Manila in 2015.

His father Martin is from England and his mother Merlinda is from the Philippines.

He was managed by Neil Warnock as a member of Cardiff City.

Neil Etheridge Is A Member Of