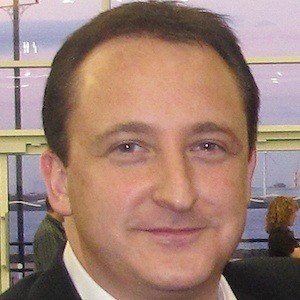 British actor who portrayed the character of Jeff on the comedy series Peep Show and also starred in the prison drama Buried and Waterloo Road as Dave Dowling.

In 1996, he was named the Liverpool Echo Comedian of the Year.

He starred in the dramedy Mount Pleasant as an office manager named Fergus. He was also cast as Stan on the TV series Hank Zipzer.

He had four children, Joshua, Tony, Daniel, and Connor, with his wife Angela.

He appeared in an episode of the Stephen Tompkinson starring series Truckers.

Neil Fitzmaurice Is A Member Of