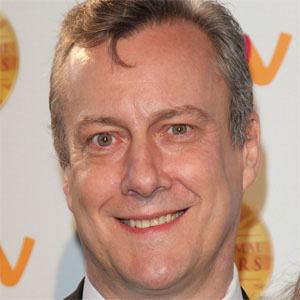 Actor who won the Best TV Comedy Actor British Comedy Award for his work on Drop the Dead Donkey.

He graduated from London's Central School of Speech and Drama in 1988.

He has also had recurring roles in the series, In Deep, Little Red Tractor and DCI Banks.

He married Elaine Young in 2007 and the couple has a daughter named Daisy Ellen.

He performed on English radio with Anthony Hopkins in the 1980s.

Stephen Tompkinson Is A Member Of