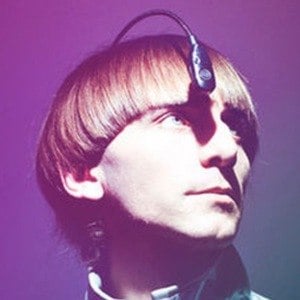 Contemporary artist and cyborg activist who is known for having an antenna inserted into his skull, thus making him recognized as a cyborg by the Catalan government. He is also known for co-founding the Cyborg Foundation and the Transpecies Society.

After attending Dartington College of Arts, he chose to implant the Cyborg Antenna into his head in 2004. In 2014, he performed the world's first skull-transmitted painting. He earned further notoriety in 2015 after a documentary about his life won an award at the Tribeca Film Festival.

He was featured in the Guinness World Records book in 2018 and was also awarded the Bram Stoker Gold Medal in 2014 from Trinity College in Dublin.

He was born in Belfast, Northern Ireland, United Kingdom to a Catalan mother and Northern Irish father.

The first person to make a direct phone call to his skull was comedian Ruby Wax.

Neil Harbisson Is A Member Of