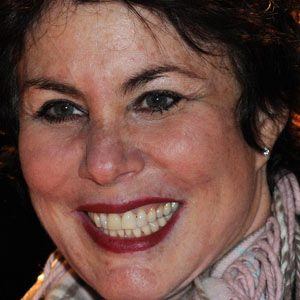 Comedian who was on the British sitcom Girls on Top and a mockumentary series called Ruby Wax Meets. She was a major part of the alternative comedy scene in the 1980s in the UK.

She attended UC Berkley, where she studied psychology. She later studied at the Royal Scottish Academy of Music and Drama before starting her acting career as a straight actress at the Crucible Theatre, Sheffield.

She was part of The Royal Shakespeare company and appeared briefly as a secretary in Omen III: The Final Conflict.

She has three children with her producer/director husband Ed Bye. She was raised Jewish in Evanston, Illinois and her father was a wealthy sausage manufacturer.

She interviewed Pamela Anderson on her show Ruby Wax Meets.

Ruby Wax Is A Member Of