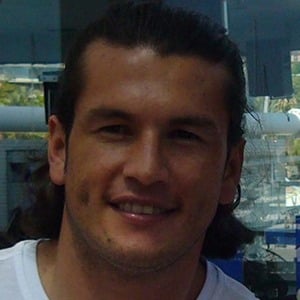 He played his youth soccer with Tembetary.

His parents are Silvia and Antonio Haedo. He married his wife Martynka in 2008. The couple has a daughter, Tynka Noemi Beatha and a son, Nelson Samuel.

Both he and Roque Santa Cruz played for the Paraguay national team.

Nelson Haedo Valdez Is A Member Of