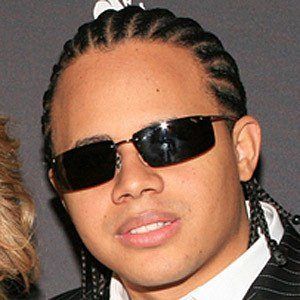 Reggaeton producer who became known for working with Dominican production duo Luny Tunes. He has become one of the most notable music producers who produced chart topping hits such as Daddy Yankee and Snoop Dogg's "Gangsta Zone," Don Omar's "Conteo," and Wisin & Yandel's "Rakata."

He founded the label Artillery Music Inc. and Machete Music.

His real name is Josias de la Cruz, but he is better known by his stage name as Nely. He was born and raised in Puerto Rico, but his parents are both form the Dominican Republic.

He produced Plan B's album House of Pleasure, which peaked at #37 on the Billboard Hot Latin Songs chart in 2010.

Nely Is A Member Of