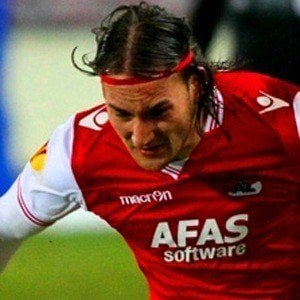 Serbian midfielder who rose to international prominence for his play with Dutch side NAC Breda from 2009-2013. From 2015-2017, he played with rival Dutch club Ajax before signing with Chinese side Tianjin TEDA.

He first joined to NAC Breda's youth academy in 2001. He played there until 2010 and would go on to make his professional debut that same year.

He earned his first cap as a midfielder for the senior Serbian national team in 2014. He played for the club during the 2016 Euros.

He has played for Dick Advocaat for Serbia's national team.

Nemanja Gudelj Is A Member Of