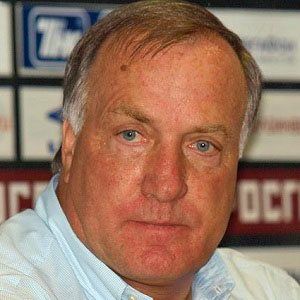 Soccer manager and former player who has coached the national teams of a variety of countries, including Russia, Belgium, South Korea and the Netherlands. As the manager of Zenit Saint Petersburg, he won the 2008 UEFA Cup Final.

He was born in The Hague and began his playing career as a defensive midfielder with Den Haag in 1966. He won the Dutch Cup with the team in 1968.

He has a daughter from a previous marriage.

As the manager of the Dutch national team, he coached Ronald Koeman at the 1994 FIFA World Cup.

Dick Advocaat Is A Member Of