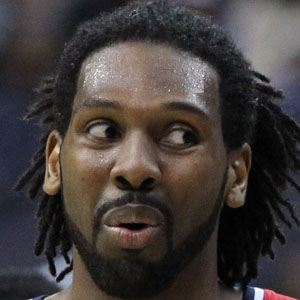 Brazilian power forward/center who played 10 seasons with the Denver Nuggets before being traded to the Washington Wizards in 2012. He was signed to the Houston Rockets in 2016.

His was born Maybyner Rodney Hilário. His name was legally changed in 2003. He made his first international impact at the 2001 Goodwill Games where he played for the Brazilian national team.

He excelled at soccer and even received attention from professional clubs before getting into basketball.

He married Lauren Prothe in February of 2009. They have one son, Mateos Hilario.

From 2003 to 2011 he played on the Denver Nuggets alongside NBA star Carmelo Anthony.