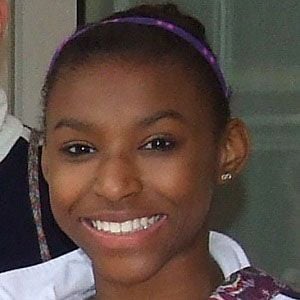 Artistic gymnast who became a member of the United States national team in 2012. At the 2014 Pacific Rim Championships, she took home gold in the team event and silver in the vault and all-around. She garnered attention in 2021 when a video of her floor routine, featuring popular music and dance moves, went viral. She was competing for UCLA at the time the video was recorded.

She was born in Columbus, Ohio and was encouraged by her parents to start practicing gymnastics when they saw her playing on the monkey bars.

In 2014, she left her longtime gym Buckeye Gymnastics to train at Legacy Elite Gymnastics in Illinois.

Her parents are Casey and Deetra Dennis. She has a sister named Mya.

She has competed alongside Gabby Douglas on Team USA.

Nia Dennis Is A Member Of