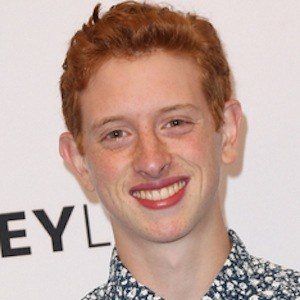 Earned his breakout acting role in 2015 playing Tyler in the CBS sitcom Life In Pieces.

After graduating from the LaGuardia High School of the Arts, he began studying at Tufts University.

He co-founded his own entertainment company G45 Productions.

Both of his parents are modern dancers.

He stars opposite Colin Hanks and Betsy Brandt on CBS's Life in Pieces.

Niall Cunningham Is A Member Of