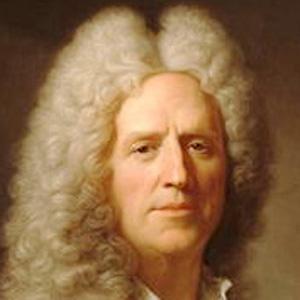 French sculptor and academic who made La Seine at la Marne, Berger Chasseur, and Descent from the Cross.

He moved to Paris when he was 18 to study under C.A. Coysevox, his uncle.

He won the Colbert prize, also known as the Prix de Rome, at the age of 23.

He was the son of a woodcarver who taught him about art.

He was heavily influenced by the art of Michelangelo Buonarroti.

Nicholas Coustou Is A Member Of