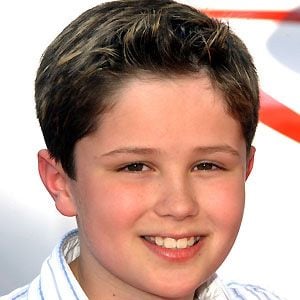 Canadian actor who appeared in several episodes of both Supernatural and R.L. Stine's The Haunting Hour.

He had a childhood role in the supernatural film, White Noise.

He began his professional acting career around the age of seven. He was born in White Rock, British Columbia.

Nicholas Elia Is A Member Of