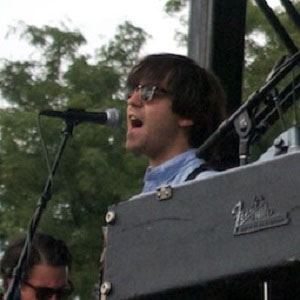 Singer and electronic music producer who found success as a member of the New York synthpop duo Holy Ghost! The band made a splash with their self-titled debut LP in 2011 and have released well-received remixes of tracks by artists like Phoenix and Cut Copy.

He grew up just a few blocks away from Holy Ghost! bandmate Alex Frankel. He played drums in the rap band Automato, of which Frankel was also a member.

He co-produced the The Juan MacLean's third album In a Dream, released in 2014.

His father worked as an audio engineer for ABC Sports.

He collaborated with Alan Palomo, who performs under the moniker Neon Indian, on Holy Ghost!'s 2013 album Dynamics.

Nicholas Millhiser Is A Member Of