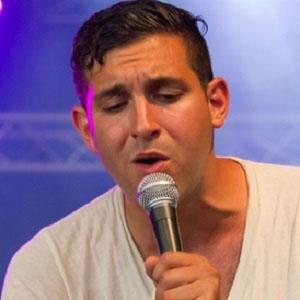 Vocalist and electronic music producer best known as one half of the Brooklyn-based synthpop duo Holy Ghost! The band has won acclaim as members of the famed DFA label with singles like "Hold On" and "Dumb Disco Ideas."

He grew up on the Upper West Side of New York City played keyboards for the rap group Automato while in high school.

The Holy Ghost! music video for "I Will Come Back" is a shot-for-shot remake of the video for "Confusion" by New Order.

His father was a reporter for USA Today.

He has toured with and remixed tracks by LCD Soundsystem, fronted by singer and producer James Murphy.

Alex Frankel Is A Member Of