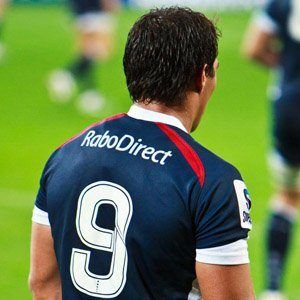 National representative rugby union footballer who became known as a scrum-half for the Melbourne Rebels.

He attended The King's School.

He was chosen by the Wallabies for the 2011 Rugby World Cup.

His great-grandfather and three brothers all played for the Gordon rugby club in Sydney.

He played alongside Australian James Horwill in the 2011 Rugby World Cup.

Nick Phipps Is A Member Of