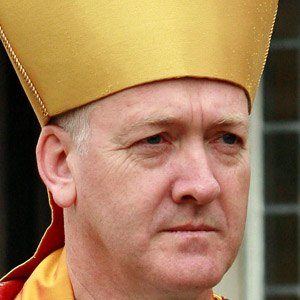 Confirmed as Bishop of Leeds in 2014, this Church of England religious leader had previously served as Bishop of the Diocese of Bradford. Also an author, he penned such religious-themed publications as Jesus & People Like Us and Finding Faith.

A native of Liverpool, England, he earned a degree in French and German from the University of Bradford and worked in the linguistics field before studying theology at Trinity College, Bristol, and being ordained as a priest in the late 1980s.

He was frequently featured on religious segments of a BBC Radio 2 program called "Pause for Thought."

Following their 1980 wedding, he and his wife, Linda, became parents to two sons and one daughter.

He and Archbishop Justin Welby, born just one year apart, both became high-ranking officials in the Church of England.

Nick Baines Is A Member Of