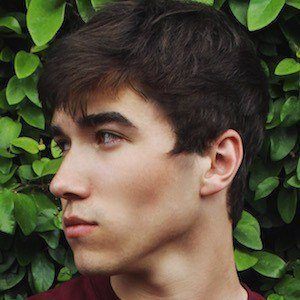 Social media personality on Snapchat and Instagram who has posted original music and covers online in addition to artwork. He draws portraits which he features on his Instagram in addition to photos of himself and miscellaneous shots.

His first post to Instagram was published in July of 2013. He had joined the Twittersphere in April earlier in the year.

He posted a couple of original songs to his YouTube channel that he titled "Lost at Sea" and "Gone."

He has an older sister and younger brother. He moved from New York to California.

He posts 6-second covers to his Vine account, covers that include Justin Bieber's "Sorry" and Halsey's "Hold Me Down."

Nick LaQuay Is A Member Of