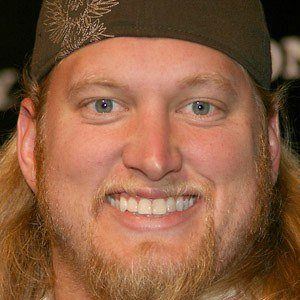 NFL center who was selected in the first round by the New York Jets in the 2006 NFL Draft.

Succeeded in playing college football at Ohio State University; he was named to the All-Big Ten team twice.

He became one of the best centers in the NFL and was selected to the Pro Bowl four straight seasons from 2008 to 2011.

He married high school sweetheart Jennifer Richmond in 2007; they have a son and a daughter together. His sister Holley Mangold became an Olympic weightlifter.

Rex Ryan became his head coach on the Jets.

Nick Mangold Is A Member Of