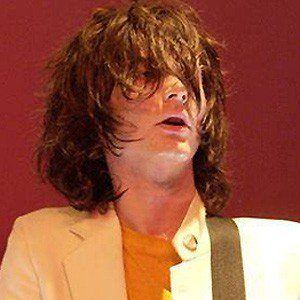 Guitarist for the rock band The Strokes. He also performed with such solo artists as Devendra Banhart, Sia, and Regina Spektor.

He attended Hunter College in his native New York City.

He was born to a Tunisian father and a French-American mother. He married photographer Amanda de Cadenet in 2006; that same year, the couple welcomed twins Ella and Silvan.

He learned a great deal about music from his Strokes bandmate Julian Casablancas.

Nick Valensi Is A Member Of