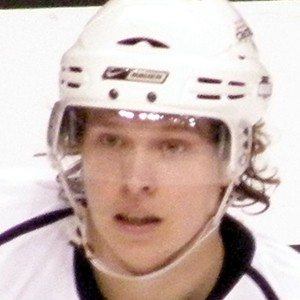 Swedish center who joined the Washington Capitals in 2007 and became a regular line-mate of star winger Alexander Ovechkin. He helped the Capitals win a Stanley Cup title in 2018.

He began his professional career with Sweden's Brynas IF in 2002.

Selected 4th overall by the Capitals in 2006, he was named to the NHL's All-Rookie Team after the 2007-08 season and was a finalist for the league's Rookie of the Year award.

Playing alongside superstar Alexander Ovechkin, he became one of Washington's top point scorers on a yearly basis. In the 2009-10 season he dished out 68 assists and tallied 101 points.

Nicklas Backstrom Is A Member Of