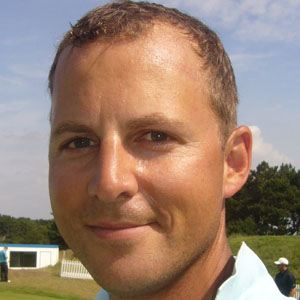 Swedish golfer who turned professional in 2003. He helped Europe win the Ryder Cup in 2002.

He qualified for both the European and the PGA Tour in America and in doing so, won 3 events during his first year.

He has 2 children named Adam and Amanda with his wife Marie.

Niclas Fasth Is A Member Of