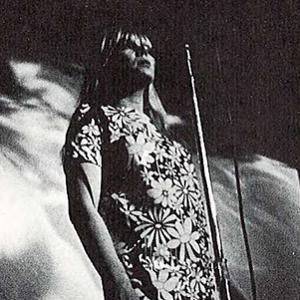 As a teenager, she sold lingerie for the department store KaDeWe in Berlin, then landed a number of modeling jobs based on her unique features which included her 5'10" height and statue-like bone structure.

Apart from singing and modeling, she also acted in a number of films, with roles in Andy Warhol's Chelsea Girls and Federico Fellini's La Dolce Vita.

She was born Christa Paffgen in Cologne, Germany. She had a son named Christian Aaron Boulogne with actor Alain Delon.

She and Lou Reed provide the vocals on the revolutionary album The Velvet Underground & Nico.

Nico Is A Member Of