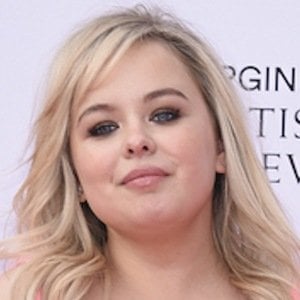 Actress who rose to stardom through her performance as Clare Devlin on the Irish sitcom Derry Girls. She was previously best known for originating the role of Jess in the acclaimed stage show Jess and Joe Forever. She began starring on the Netflix series Bridgerton in 2020.

She graduated from the Royal Birmingham Conservatoire and the Oxford School of Drama. As a teenager, she voiced characters in animated productions like The Fairytaler and The Little Vampire.

To the surprise of many Derry Girls fans, she was 31 years old when she began playing the 16-year-old Clare Devlin.

She has dated actor Laurie Kynaston.

She began appearing with Saoirse-Monica Jackson on Derry Girls in 2018.

Nicola Coughlan Is A Member Of