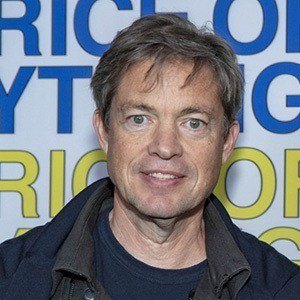 This president of the Berggruen Holdings investment organization also founded a think-tank called the Berggruen Institute on Governance and a global publication called The WorldPost.

After studying in Paris, France, and apprenticing at London Merchant Securities in England, he earned a degree in business and finance from New York University.

During the 1980s, he worked for both Bass Brothers Enterprises and Jacobson and Company.

His father, Heinz Berggruen, established the Museum Berggruen, a modern art gallery in Berlin, Germany. His mother, Bettina Moissi, was a German screen actress and the star of the 1948 movie Long Is the Road.

The 21st Century Council, a government reform initiative introduced by his Berggruen Institute on Governance, included among its ranks the prominent American economist and former U.S. Secretary of Treasury, Lawrence Summers.

Nicolas Berggruen Is A Member Of