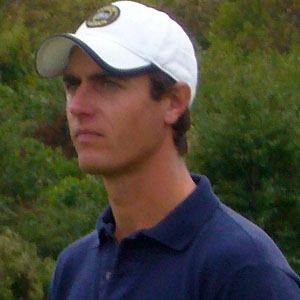 Belgian golfer who has competed on the PGA Tour and the European Tour.

He played his first professional match on his 18th birthday in 2000.

He won the Volvo World Match Play Championship in 2012.

His great grandfather represented Belgium in basketball and water polo at the 1920 Olympics.

He lost to Ian Poulter in the 2011 Volvo World Match Play Championship.

Nicolas Colsaerts Is A Member Of