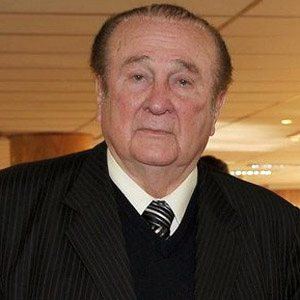 Sports executive who was best known for being the President of the South American Football Confederation from 1986 to 2013.

He worked as a sports journalist before earning his law degree from the National University of Asuncion in 1957.

He was forced to end his long tenure as the President of CONMEBOL because of health issues in 2013.

He was a graduate of the National university of Asuncion, which is also true for Cecilio Baez .

Nicolás Leoz Is A Member Of