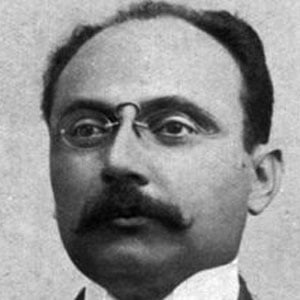 Liberal politician who held office as the 18th President of Paraguay from 1906 to 1908. He also helped record Paraguay's history by writing numerous legal and historical works.

He earned degrees from National College of the Capital and National university of Asuncion.

His tenure as President coincided with the arrival of the first cars in Paraguay.

He was married to Marcelina Allende at the time of his death; the couple had 14 children.

He held office as the President of Paraguay nearly a century before Nicanor Duarte.

Cecilio Báez Is A Member Of