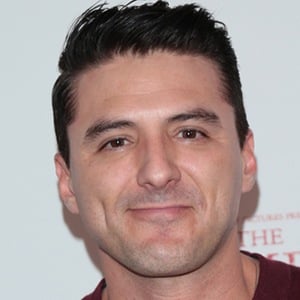 Prominent voice performer who can be heard in Star Wars Galaxy of Adventures, Twin Star Exorcists, Naruto: Shippûden, Digimon Fusion and several other series. He also voiced the titular Max of Max & Midnight.

While attending the University of New Orleans, he won Best Actor for his performance as Pale in Burn This.

He voiced Octavio 'Octane' Silva in the video game Apex Legends. His voice could also be heard in the games Shadow of the Tomb Raider, Naruto to Boruto: Shinobi Striker, Sushi Striker: The Way of Sushido, Fire Emblem Warriors and several others.

He is the son of an Italian mother and a Spanish father.

He voiced Max in Max & Midnight and worked with members of the FUNnel Vision web group such as Alexis Ryan and Skylander Boy.

Nicolas Roye Is A Member Of