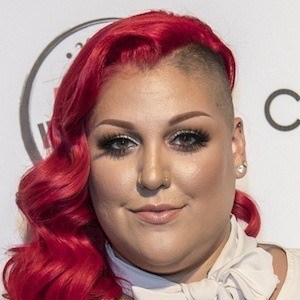 Makeup artist and body painter who rose to fame working on the 2015 documentary series Todrick on MTV starring Todrick Hall and later in RuPaul's Drag Race. She has also done work for shorts like Life's a Drag, Loose Ends, and Mean Boyz.

Before joining the cast of Todrick, she toured the US teaching makeup for Ruby Makeup Academy. She'd previously worked in retail for MAC Cosmetics.

She took master classes in beauty makeup, special effects makeup, and hairstyling from MUD Makeup Designery in Burbank, California. She has over 850,000 followers on her lipsticknick Instagram account.

She is a born and raised Los Angeles, California native.

She is joined as a supporting cast member on Todrick by web star Chester Lockhart.

Nicole Faulkner Is A Member Of