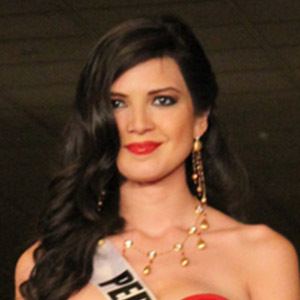 Beauty pageant contestant who is widely recognized for having been 1st runner-up at the Miss Peru pageant in 2011. She went on to represent her home country in the Miss Universe pageant the following year.

In 2009, she competed in the Supermodel of the World pageant.

She appeared on the reality television program Esto Es Guerra.

She married Jonas Nitschack in 2018.

She competed against Natalie Vértiz for the title of Miss Peru.

Nicole Faveron Is A Member Of