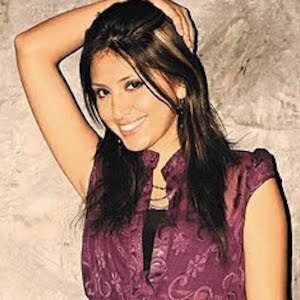 Peruvian singer known for her albums Mírame and Como Nunca te han Amado. She was a contestant on the third season Latin American Idol, finishing in seventh place.

She grew up taking private voice lessons and released her debut album in 2009.

She attended the National University of San Marcos to study accounting.

She married Santiago Leon Falcon in 2013.

While on Latin American Idol, she sang "Hero" by Enrique Iglesias.

Nicole Pillman Is A Member Of