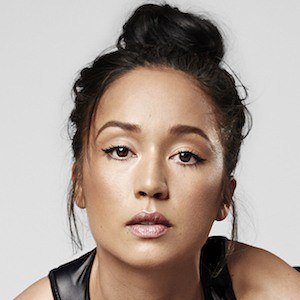 Fitness artist who is known for having created The NW Method of dance workouts. Between 2010 and 2014, she worked with Madonna as the creative director of Hard Candy Fitness' "Addicted to Sweat" program. She implemented her NW Method there, and has done so globally.

She began participating in athletics at a young age. At age 17, she appeared in the Broadway production of Wicked as a dancer.

In 2014, she was appointed an Adidas brand ambassador for women's training. She also served as Madonna's personal trainer from 2009 through 2014.

She is of Filipino and German descent.

Celebrities who have used her NW Method for their own physical fitness include Abbie Cornish and Rachel Weisz.

Nicole Winhoffer Is A Member Of