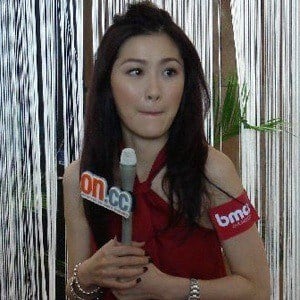 Chinese television and film actress who is widely known for her work on the 2005 series The Gentle Crackdown. She is also recognized for having appeared on the series Under the Canopy of Love.

She was discovered by a modeling agent at the age of 17.

In 2005 she signed a recording contract with BMA Records and released an EP titled Pure Niki.

She is the younger sister of model Kathy Chow Man Kei.

She was cast on Under the Canopy of Love which starred Kevin Cheng.

Niki Chow Is A Member Of