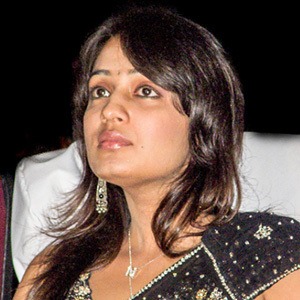 Critically acclaimed Indian actress who is known for her roles in films such as Maharaja, Prince and Muran. Aside from her prominent acting career, she has modeled for the designer Roopa Vohra, and participated in the first season of Bigg Boss Kannada.

She holds a masters degree in economics from Kishinchand Chellaram College.

She was spotted by the producer D. Ramanaidu while eating in a Juhu hotel in 2002. He offered her a role in his film Hai.

She married Gagandeep Singh Mago in 2017.

Sudeep and Ishita Vyas️️️ were her costars in the 2016 film Mukunda Murari.

Nikita Thukral Is A Member Of