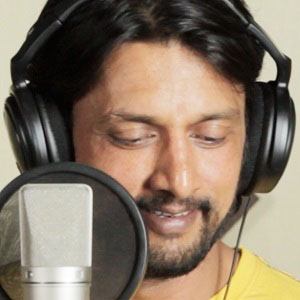 Famous for his work in India's Kannada film industry, he won Filmfare Awards for his performances in the early 2000s films Huchcha, Nandhi, and Swathi Muthu. Also a television personality, he began hosting the reality series Bigg Boss in 2013.

Before beginning his acting career, he graduated from the Dayananda Sagar College of Engineering and played cricket on the collegiate level.

A cinematic playback vocalist as well as an actor, he contributed to the soundtracks of films such as Chandu, Vaalee, and Shaanthi Nivaasa.

The son of Saroja and Sanjeev Manjappa, he grew up in Karnataka, India. He and his wife, Priya, welcomed a daughter, Saanvi, in 2004. The couple divorced in 2015.

He and Bhavana are both known for their roles in the 2011 Kannada film Vishnuvardhana.

Sudeep Is A Member Of