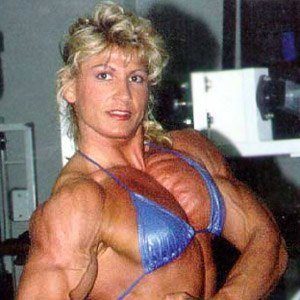 Female bodybuilder who came in first place at competitions like the 1989 Emerald Cup and the 1992 Jan Tana Classic. She was the cover model for the 1993 female bodybuilding book "The Women."

She was a track and field athlete at Gresham High School and was a state champion in water polo.

She retired from bodybuilding in 1999 and began making appearances on TV shows like "Nikki" and "Ally McBeal."

Her family moved from Ohio to Oregon when she was ten years old.

She appeared in a Right Guard deodorant commercial with comedian Dave Chappelle.

Nikki Fuller Is A Member Of