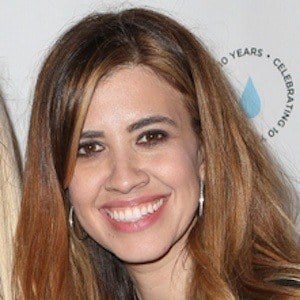 Well known for making up one-half of the R&B group Nikki & Rich alongside Rich Velonskis, she formerly recorded Christian music albums. She also competed on America's Got Talent in 2016 alongside her husband Ryan Edgar and her daughter Jaslyn.

Singing since she was seven years old, she was a soloist for her choir which was led by her father, pastor Greg Leonti. Her three siblings sang alongside Nikki.

She released her debut full-length album Shelter Me in 1998.

Her first husband, and Jaslyn's father, is guitarist Ryan Gingerich. She had a son named Jordan with her second husband Aaron Dome. She and Ryan married in 2014 and they had their own daughter together named Frankie.

She was hired as a backup singer to Carrie Underwood in 2006.

Nikki Leonti Is A Member Of