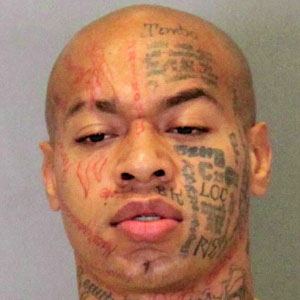 Serial killer who, in April 2014, was convicted of four counts of first-degree murder. All four killings were committed less than one month after serving a ten-year prison sentence for robbery and assault.

He started his life of crime at an early age, bringing a handgun to elementary school at age seven.

He is known for his abundance of facial tattoos, which he has claimed are written in the language of the Egyptian goddess Apophis.

His mother Lori was indicted for being a felon in possession of ammunition in 2013.

He and Charles Starkweather are both known serial killers from Nebraska.

Nikko Jenkins Is A Member Of