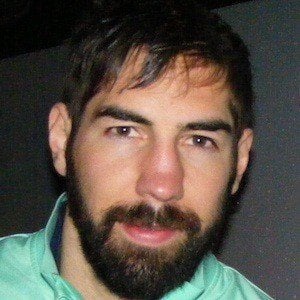 Professional handball player widely recognized as a member of the French national team, he has taken home two gold medals in the sport at the 2008 Beijing Olympics and 2012 London Olympics.

He began his professional handball career in 2000 playing with the prestigious French club Montpellier HB. While there, he became a French champion four years in a row.

Multilingual, he is fluent in French, German, English, Spanish, and Serbian.

His father, Branko, is a former professional handball player. After Branko got a job coaching in France, the family moved their when Nikola was three. His younger brother Luka is also a French handball player.

Both he and Lars Christiansen are popular medal-winning handball players.

Nikola Karabatić Is A Member Of